Types of Computer Monitors and How to Safely Recycle Them 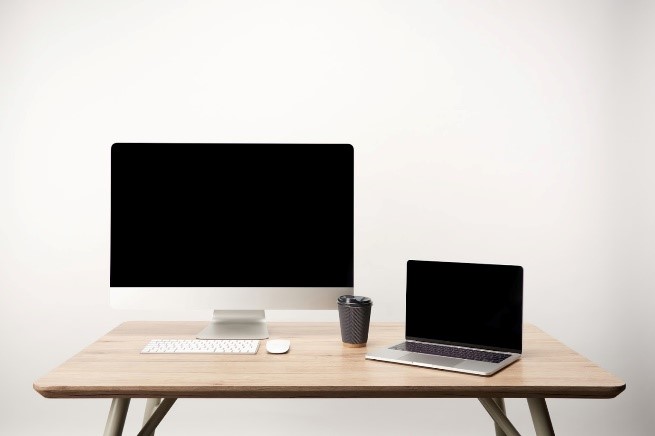 Computer monitors are a major part of your business, but they will eventually wear out or become inefficient when compared to new models. You may be tempted to throw your monitors into the trash, but this is not a good idea and may also be illegal. Here are some things you should know about components in different types of computer monitors and why you should choose to recycle them.

Differences Between Old and New Monitors

Monitors have changed a lot over the decades, and most modern monitors are extremely efficient and provide superior graphics. Here are the main types of monitors used with computers today, from the oldest type to the newest.

CRT stands for cathode-ray tube. These tubes were large, bulky components that were used in both monitors and television sets. They were the standard for television and computers for decades, but used a large amount of energy.

LCD means liquid crystal display and refers to the parts that made up most early flat-screen monitors and televisions. With these type of monitors, liquid crystals are placed between two polarizing sheets. Some older monitors were also backlit with clear cathode fluorescent lamps (CCFLs) for better viewing.

LED means light-emitting diode and this type of monitor is actually a type of LCD with the same basic construction. However, the diodes can be placed differently and they do not rely on the type of fluorescent backlighting that older LCDs use. Therefore they are often thinner and more environmentally friendly than LCD displays.

Components Damaging to the Environment

Most monitors are made of components that are either toxic when they break down, or easily recyclable into new, more efficient products. Here are some of the common monitor components, their recyclability, and how they could harm the environment.

Plastics are easily recyclable into new products. However, some types of plastic may contain PVC or other materials with toxic components that are harmful if they are not disposed of properly and leach into the environment.

Most types of glass are recyclable, but many monitors have glass made or coated with toxic materials. Cathode-ray tubes are coated in lead to both improve the picture and act as a radiation shield. This lead is particularly harmful because, as it slowly breaks down, it can infiltrate soil and groundwater.

Cadmium is also a substance included in the LCD backlighting construction that is toxic to the environment, though only in small amounts. Improper cadmium disposal can cause this toxic substance to contaminate the soil and water and work its way up the food chain.

You don’t have to do much to prepare your monitors for recycling. Simply remove all the wires and additional components attached to the monitor. Remove the power cord as well, if possible, or neatly wrap or tie it up. Whatever you do, don’t break your monitor, as this could result in exposure to toxins.

If you choose to throw your old monitors in the trash, then you will not only cause environmental problems but also waste resources. When the time comes to replace your old, out of date monitors with new ones, then the easiest thing to do is let professional recyclers handle all disassembly and destruction for you.

We at Cleanlites are recycling specialists and will eliminate your old monitor problems professionally and in an environmentally responsible way. Bring your monitors to one of our convenient locations, order containers, or schedule a pickup today.